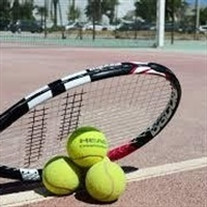 Larry Elliott Williamson, 58, of Sistersville, WV, passed away May 12, 2019 at Sistersville General Hospital.  He was born January 5, 1961, in Sistersville, WV, a son of the late Chester O'Neil Williamson and Donna Jo Archer Williamson. Elliott was a member of the Sistersville First United Methodist Church.  In his High School years, he worked at the Wells Inn as a bus boy and grounds keeper at Sistersville General Hospital.  He then worked at Stewart's Market for years and became a Stock Clerk at Witschey's Market in Middlebourne, WV.  He loved playing tennis and watching sports.  He enjoyed following Knights sports, particularly football and basketball.  He was an avid Oklahoma A's fan, Oklahoma Sooners fan and Dallas Cowboys fan and he coached Pee Wee pop warner football.  He obtained his Accounting degree from Stratford Career Institute. In addition to his parents, he was preceded in death by his brother, Neil Williamson, sister, Deanna "Dee Dee" Williamson and grandparents, Freda Dale Archer and Lawrence Archer. He is survived by his son, Dyrek Williamson of Columbus, OH; sister, Leslie Williamson of Sistersville, WV; sisters-in-law, Debbie Williamson of Paden City, WV and his furry companion, Sooner. There will be a memorial service on July 28, 2019 at 3:00 pm at the Sistersville First United Methodist Church with Reverend Bill Dawson officiating. Online condolences may be offered at myersfuneralhomewv.com.     To send a flower arrangement or to plant trees in memory of Larry Elliott Williamson, please click here to visit our Sympathy Store.

The family of Larry Elliott Williamson created this Life Tributes page to make it easy to share your memories.

Send flowers to the Williamson family.