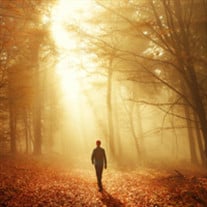 Ray O'Neal Hanlin, 92, of Sistersville, WV, passed away January 3, 2019 at Ruby Memorial Hospital. He was born December 16, 1926, in Tyler County, WV, a son of the late Everett Hanlin and Hazel Stetson Hanlin. O'Neal served in the Merchant Marines from 1944-1947 and he was a Sergeant in the United States Army serving in Austria from 1950-1952 during the Korean War.  He was the President of WesBanco, Sistersville branch, formerly First Tyler Bank & Trust Company.  He loved to golf and read the Wall Street Journal everyday. He was a Lifetime member of the Sistersville ELKS BPOE #333 and he was a member of the Sistersville American Legion Post #67. He is survived by his daughter, Lesa Hanlin of Roanoke, VA; granddaughter, Morgan Shepherd of Morgantown, WV; brother, Bill Hanlin of St. Mary's, WV; nephews, Jim Baker, Frank Slider, Mike Hanlin, Mike Bias and Bruce Henthorn and nieces, Jana Rine, Jackque Fowles, Kathy Hanlin, Jackie Maher and Vici Tusic and special friend, Martha Thomas.           In addition to his parents, he was preceded in death by his wife, Ruth Ann Hanlin in 1999, brothers, Orrin Hanlin and Ralph Hanlin and sisters, Virginia Baker and Norma Jean Slider. In lieu of flowers, memorial contributions can be made to WVU Music General Scholarship Fund at give.wvu.edu, choose School of music, general scholarship fund. There will be a private family funeral on Sunday, January 6, 2019 at 2:00 pm with Pastor Darrell Mayfield officiating at Myers Funeral Home, Sistersville, WV.  Family will receive visitors at the residence of O'Neal Hanlin from 3:30-5:30 pm.  Interment will be at Greenwood Cemetery.   To plant Memorial Trees in memory of O'Neal Hanlin, please click here to visit our Sympathy Store.

The family of O'Neal Hanlin created this Life Tributes page to make it easy to share your memories.

Send flowers to the Hanlin family.