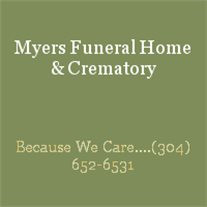 Robert "Bob" P. Goode, 79, of Sistersville, WV, passed away on Wednesday, September 26, 2018 at Ruby Memorial Hospital. He was born on April 24, 1939, in Sattes, WV, a son of the late Earl Goode and Mary Runnion Goode.          Bob was a Truck Driver for Chemical Leaman and he associated with the Paden City Church of the Nazarene.  He was a collector of many things.  He was a member of the Teamsters Local #697, he was a 32nd Degree Mason with the Wilkesville Orphan's Friend Masonic Lodge #275, Osiris Shriners of Wheeling, WV and The Scottish Rite Orient of West Virginia, Valley of Wheeling. In addition to his parents, he was preceded in death by his son, Robby Goode and daughter, Colleen Goode; sisters, Peggy Jo Hutchison and Betty Jane Goode and brother, Jack Goode. He is survived by his wife of fifty-nine years, Lanna Turner Goode of Sistersville, WV; brother, Jim (Dorothy) Goode of Ravenswood, WV and sister-in-law, Sherrie (Bernard) Might of Pomeroy, OH; many nieces and nephews and great-nieces and great-nephews. Friends will be received Friday from 7-9 at Myers Funeral Home, 600 Main St., Sistersville, WV.  There will be a visitation on Saturday from 10:00 am until time of service at noon with Reverend Patrick McGue officiating.  Graveside services will follow at 2:30 p.m. at the Standish Cemetery, Meigs County, OH.    Online condolences may be offered at myersfuneralhomewv.com.

The family of Robert P. Goode created this Life Tributes page to make it easy to share your memories.

Send flowers to the Goode family.